Japan as a Destination 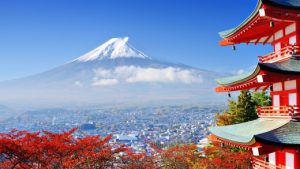 If you are thinking about moving to Japan, then the good news for you is that there are many opportunities to be explored. You will be joining the more than two million expats who are already living in Japan. Most of the expatriates are from neighbouring Asian countries, but Japan has a fair representation of other nationalities. Japanese are known to be conservative, and this may come as a shock, especially if you are from a Western country such as the US or Europe. When it comes to language, most people speak Japanese, but there are many English speakers.

The Cost of Living

Japan is one of the most expensive countries in the world, especially if you live in Tokyo or Osaka. A survey which was done in 2012 ranked Tokyo as the most expensive city in the world. This means that if you are planning to move to Japan, you must have a reasonable budget on how you plan to pay for things, especially housing, which is also very expensive. The other alternative is to move out of the cities. Food can be cheaper if you decide to cook for yourself.

If you can navigate the culture of the Japanese people, then you can easily get a job. The first thing you will, however, have to do is learn some basic Japanese which will allow you to move about easily. They have skilled labour opportunities for people who want to get into careers such as engineering, teaching, or even medicine. They also have unskilled labour that includes menial jobs. You can find jobs through employment agencies or by checking online postings for vacancies.

Other than having a reasonable starting budget, you should also ensure your travel documentation and visa have been updated. You should also get comprehensive insurance cover.